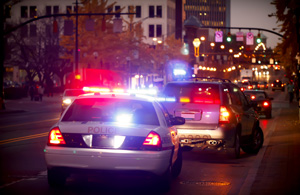 Many of these offenses appear inconsequential enough, but police officers are always watching and won't hesitate to attach points to your driver's license. Get enough points and your ability to drive will eventually suffer. Why take a chance? Retain our Oakland County traffic offense attorney for hard-hitting representation that won't quit until your case is resolved the right way.

Points for some of the most common offenses include:

All points will stay on your record for a period of two years from the date you are convicted. If you receive four points within two years, you'll receive an advisory letter from the Secretary of State. Eight points within two years mean you'll get a warning letter. At 12 points, you must attend a driver assessment reexamination. This reexamination is thorough and can result in a suspended, restricted, or revoked license.

Don’t Plead Guilty! Get the Advice and Answers You Need Now – Call for Your Free Consultation

Drivers tend to think that their only option is to plead guilty, pay the fines, and deal with the points, but this is not the case. It is critical that you retain an experienced attorney who can help you successfully fight your ticket by pleading not guilty. Our firm has over 15 years of experience and can aggressively represent you in trial whether you live in Oakland County, Wayne County or Macomb County. We proudly provide service to all of Michigan and the Detroit Metro area, including Birmingham, Oak Park and Southfield. Whether you've been charged with a simple speeding ticket or something as serious as manslaughter, don't hesitate to get in touch with our firm. Our clients deserve the best and we do everything to deliver.

Posted by Anonymous, February 14th, 2017 Sometimes when life happens it really happens. My husband was included in an Auto Accident while under the influence of alcohol. The accident involved another driver thank God the other driver nor him was seriously injured nor killed. However, he received an OWI charge which gave very serious consequences. Speaking with several lawyers we went with Marcel because he made us feel very comfortable and he was confident to get us the best outcome possible. We choose him after one sit down. Thank the Lord my husband did not receive any jail time. He is a good man that made a bad decision when life got the best him. He is now a better man and father and has been sober since it all started. I thank Marcel from the bottom of my heart. He answered each time we called, he told us the process from the beginning to the end. He gave us pointers and tips on how to get through this. He had our back! He worked with us with the financial aspect. He came to us highly recommended and he stands by it all!

Posted by Ian, December 21st, 2016 Marcel Benavides was highly recommended to me by a family member after I had gotten a DUI and possession of marijuana charge. My BAC was over twice the legal limit which means I was facing a "Super Drunk" in which case the consequences are more severe. Mr. Benavides was the perfect person to represent my case and worked to ensure that I didn't get any time in jail and also got the super drunk charge lowered to an operating while intoxicated which saved myself a lot of money, time, and consequences. Probation time was lowered, as well as court costs and amount of time I would have to test for alcohol; along with the fact that the possession charge will not remain on my public record. Overall very fair priced, helpful, and dependable lawyer. Incredible pleased with the results of my case thanks to the outstanding work of Mr. Benavides. I would highly recommend Marcel Benavides to anyone in need of a lawyer that will go above and beyond expectations.