Have your rights been violated? Birmingham attorney Marcel Benavides has years of experience handling police brutality/misconduct, false arrest/imprisonment, excessive force, racial profiling and malicious prosecution cases. Do you feel that you have been on the wrong side of law enforcement procedures? The Marcel Benavides Law Firm is proud to offer representation to individuals who have been the victim of police misconduct. Our founding attorney has experience as a former in-house legal counsel for the Chicago Police Department.

During this time, our attorney was involved defending officers who were accused of misconduct. This insider's view and unique understanding of law enforcement proceedings can be beneficial to individuals who have been the victim of false arrest, malicious prosecution, excessive force, or police brutality. We offer a contingency-only fee contract for police misconduct victims, meaning you don't pay us unless we win.

By choosing The Marcel Benavides Law Firm, you can benefit from:

Are you the victim of false arrest (and subsequently false imprisonment), use of excessive force (police brutality), malicious prosecution, racial profiling or any other type of police misconduct? 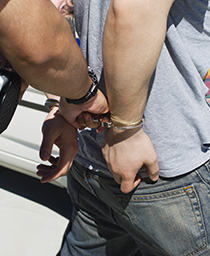 Police misconduct occurs when an officer violates protocol and is overly aggressive or abusive to a civilian. Police misconduct can happen during the initial point of contact, during an arrest, or even during the interrogation that occurs after the arrest. Whether this is physical, verbal, or emotional abuse of civilians, there are many ways an officer may take their position of authority too far.

At The Marcel Benavides Law Office, we fight tirelessly for victims of police misconduct. Our attorneys understand that you have just been through an incredibly traumatic experience and may have questions about what to do next. No matter how complex the case may be, by choosing to work with us, you can be confident that you have a team backing you that will do all it takes to see that justice is restored on your behalf.

There are numerous examples of police misconduct, including but not limited to:

Over our 15+ years of service, we have represented countless false arrest victims, and we always put our best foot forward in ensuring that the rights of our clients are protected. No individual should have to sit in a jail cell for an invalid reason, and our team works tirelessly to restore justice on behalf of the individuals who have been forced to do so.

What is false arrest and malicious prosecution?

False arrest is when an individual's liberty or freedom is unlawfully restrained. A law enforcement officer needs to have more than just a suspicion before making an arrest, there must be "substantial chance" that criminal activity has occurred. Malicious prosecution is the act of charging an individual with a crime without probable cause, or with the knowledge that the suspect is innocent.

There are many reasons that an officer might make a false arrest, such as:

If the defendant is able to get the undeserved charges resolved in his or her favor, he or she may be eligible to file a prosecution lawsuit against the law enforcement agency. Should you choose to retain our representation, we will do everything we can to help right the wrong that has been done against you. Our founder is a former legal counselor for the Chicago Police Department, giving him an insider's perspective into how police cases are handled. This gives our clients an advantage, as we are able to predict the actions the opposing side may take, and counteract them.

Our client was racially profiled by an officer, who constantly pestered and bullied him for months. While being booked for a minor traffic offense, the officer chose to use excessive force and made our client while handcuffed. The video caught it all even though the department tried to cover up that there was video coverage. We recovered a great settlement for our client.

Result: Client received one of the highest confidential seven figure settlements in Michigan for this cause of action.

Our client's husband was suffering from extreme psychosis. Officers from Ecorse responded to assist the emergency medical crew for his attempted suicide. Instead of helping him, they arrested him and tased him while handcuffed. He later died in the holding cell of the police department. We fought for over five years for justice in this case and took the case to the 6th Circuit Court of Appeals reversing the very biased judge in the lower court....and won. The City of Ecorse feared trial against me and ultimately settled the case. 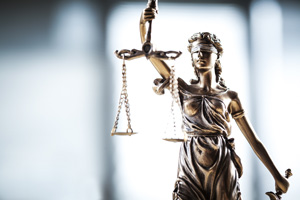 We Specialize in Getting Justice for Victims of Police Misconduct

Although you may be feeling overwhelmed at the situation, you are not alone. At The Marcel Benavides Law Office, we have a proven track record of success, and all our police cases are filed on a contingency fee basis. This means that our clients owe us nothing unless we win their case. You have no reason to wait, and every reason to begin your case today. Contact our firm to schedule your free case evaluation.